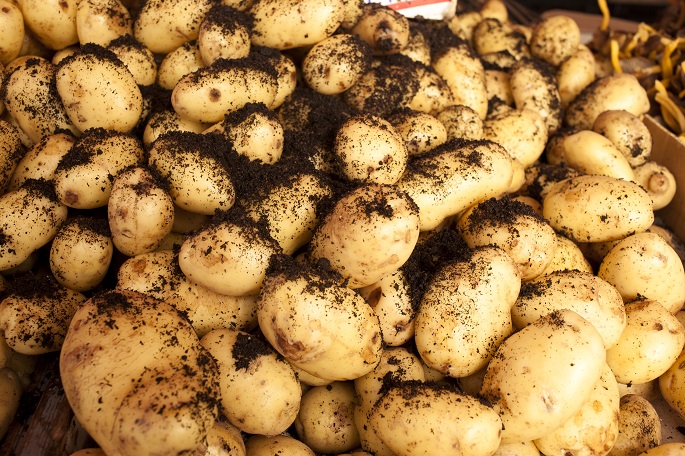 In the middle of January, farms had 107 million kilos of food and food-industry potatoes in stock, of which food potatoes accounted for 91 million kilograms, according to the Natural Resources Institute Finland (Luke).

This winter, food potato stocks have decreased at an average monthly pace of 25 million kilos, slightly slower than last year.

The total stock volume was 9.7 million kilos higher than in January 2019.

“Changing weather conditions during the growth season are reflected in potato stocks. Last summer, main production areas, the Southern Ostrobothnia ELY Centre region, in particular, suffered from frost, and yields were smaller than normal. However, growing conditions were good in the Tavastia region. In the middle of January, farms located in the Northern Ostrobothnia and Ostrobothnia ELY Centre regions had 55 million kilos of potatoes in stock, accounting for 60% of Finland’s total food potato stocks,” said Anna-Kaisa Jaakkonen, senior statistician at the Natural Resources Institute Finland (Luke).

This year, the potato quality was slightly lower than in the previous year. In December 2019, saleable high-quality potatoes made up 78.8% of all sorted potatoes, while the corresponding figure was 79% in the year before. As a result, potatoes with scab, for example, can be used in the food potato industry as peeled potatoes.

Producers received less than 20 cents per kilo of potatoes.

Changes in potato prices do not seem to affect the consumption of potatoes in Finland.

“This winter, potatoes are mainly expected to be exported to Eastern Europe, as Russia has still not officially opened its doors for imports from EU states. Transportation costs make up a basic challenge in food exports from Finland, increasing the prices of products,” Jaakkonen said.