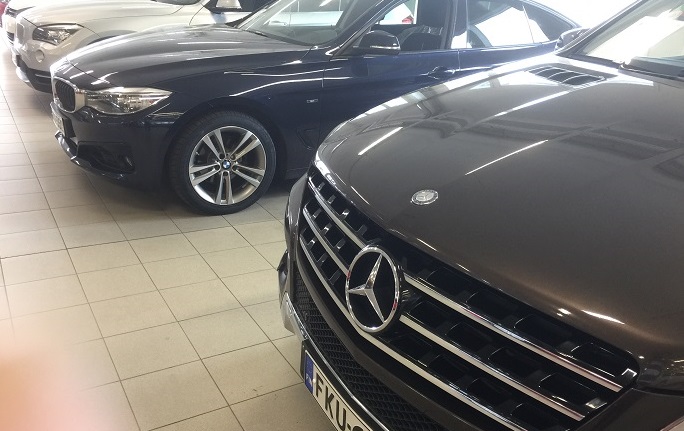 Mercedes-Benz sold 209,058 cars worldwide in November, an increase of 5.3 percent compared to the same period of 2018, the German car manufacturer announced on Friday.

It was the first time that more than 200,000 Mercedes-Benz cars had been delivered to customers in November, according to the company.

In the Jan.-Nov. period, sales increased by 1.4 percent year on year to a total of 2,133,594 vehicles. Sales in Mercedes-Benz's three largest markets -- China, Germany and the United States -- increased in November.

With 11 percent, the largest growth was achieved in China as 57,901 new cars were handed over to customers. "This is the highest number of cars ever sold in November by Mercedes-Benz in China," the carmaker said.

In the domestic German market, Mercedes-Benz sales grew by 5.8 percent year on year.

Deliveries of the luxury version of the S-Class, the Mercedes-Maybach S-Class Saloon, increased from January to November by more than 5 percent and set a new sales record in China.

In the first 11 months, BMW sales rose 1.7 percent to a total of 2.3 million vehicles of all BMW brands, including MINI and Rolls-Royce.

In addition to the "successful" luxury segment, BMW profited from its good business with SUVs which saw sales rise by more than 23 percent to a total of 870,267 vehicles between January and November.

"After renewed growth in November, we continue to approach a new record for the full year as planned," said Pieter Nota, member of the board of management of BMW responsible for customer, brands and sales.

Despite lower sales in Germany and across Europe, the Munich-based carmaker profited from significant growth in key regions like China, with an increase of 12.1 percent, and the United States, with 7.6 percent in November.

Between January and November, BMW even increased sales in China by 13.6 percent and sold a total 655,783 vehicles. At the same time, total sales in the United States had grown by 1.7 percent while sales in Europe were 1.4 percent lower.

Electrified vehicles by BMW had performed "particularly well" in November. Deliveries of hybrid or fully electric vehicles went up by 18.4 percent and reached "an all-time high", according to Nota.

By 2021, BMW wants to electrify a quarter of all vehicles sold in Europe, setting a company target of one million electrified vehicles on the roads.

Another German carmaker Audi announced on Friday that worldwide deliveries went up by 23.1 percent to a total of 163,350 vehicles last month, which was more than ever before in November.

Around 58,300 vehicles had been sold in Europe, a sharp increase of 33 percent, according to Audi, a subsidiary of Germany's largest carmaker Volkswagen.

The strong increase of Audi sales in Europe was explained by weak sales figures in November of 2018 that resulted from the switchover to new European pollution standards known as WLTP (or Worldwide Harmonized Light Vehicles test), for which several Audi models failed to receive certification in time.

In November, Audi increased sales in North America by 17.3 percent and in China by 16.8 percent. Both markets had contributed to the "record-breaking figure", the German luxury carmaker noted.

In China, a total of 67,402 cars had been delivered in November. Audi recorded high demand for the long-version model A6 L and recently introduced another long-version model, the Q2 L, as an all-electric model exclusive to China.

In the year to November, Audi sold almost 1.7 million vehicles, a slight increase of 0.7 percent year on year.

"We therefore still expect our deliveries to customers to perform robustly and to see slight growth for 2019 as a whole," said Hildegard Wortmann, member of the board of management for sales and marketing at Audi.