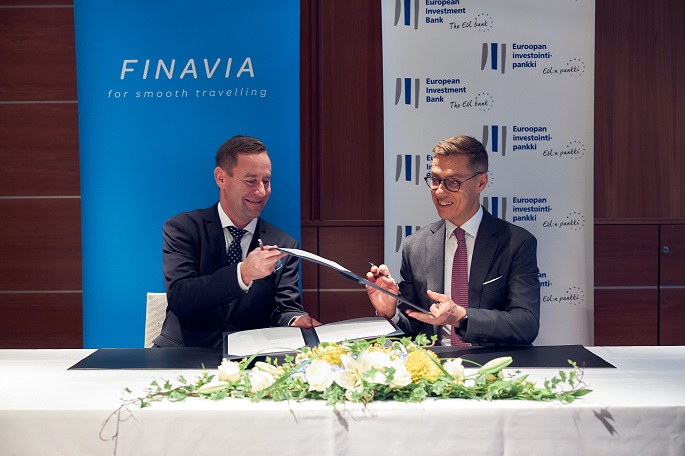 Finavia Corporation, the company operates country´s airports and the European Investment Bank (EIB) on Friday signed a loan agreement of EUR 150 million in Helsinki for the expansion works of the airport.

The money will be used for phase IV of Helsinki Airport’s expansion plans, featuring the extension of Terminal 2 with a new arrivals and departures hall, new gates, increased border control capacity, and better connection to public transportation and taxi services, said a Finavia press release.

The project is expected to alleviate bottlenecks in the Schengen area, as well as between the airport and the rail, bus and taxi services and thus enhance links to public transportation.

The financing will also allow Finavia to expand the baggage handling system and passport control areas, with the objective of smoother transit of passengers and luggage.

With these interventions, Helsinki Airport’s annual capacity is expected to rise to about 30 million passengers per year.

“HEL never freezes, and neither does its traffic. Helsinki Airport probably has some of the most extreme conditions of any major international airport and it’s nothing short of amazing how Finavia deals with this, while smoothly transiting millions of passengers per year. The EIB’s backing will allow the airport to cope with the expected increase in passenger numbers in a rational and sustainable way. We’re very proud to support this,” said EIB Vice-President Alexander Stubb on the occasion.

The expansion will include a new departures hall with 76 check-in desks and a new arrivals hall. On the ‘airside’ the border control area will be expanded to include 24 passport check lines and 20 automated kiosks for both arrivals and departures.

On the ‘landside’, apart from the remodelling of the bus and taxi area, a new tunnel connection to the ring rail connection will be built. Finally, new parking facilities will be opened with 1.800 new parking spots.

“Being the number one networked hub in the Nordic region our aim is to offer passengers good and smooth connections world-wide. We want to stand out by providing an exceptionally good customer experience and sustainable operations at Helsinki Airport,” CEO of Finavia Kimmo Mäki said.

Apart from creating employment during the construction phase, once completed the project is expected to contribute to the creation of up to 5 000 new jobs (FTE) in and around the airport.