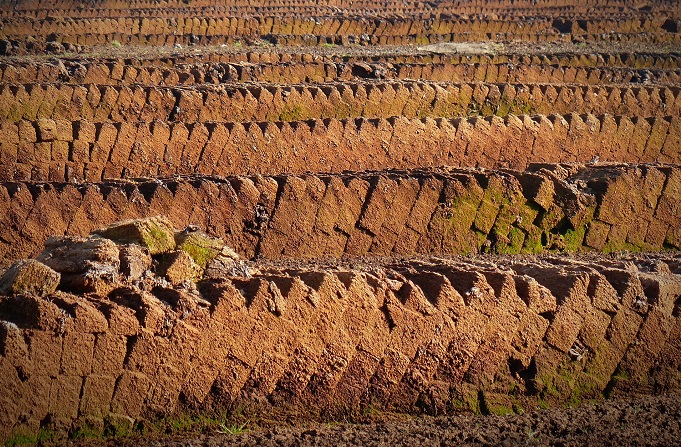 The apparent difficulty for Finland to give up burning of peat has been met by surprise among climate researchers. Contrary to expectations, the 2020 state budget does not make burning peat any less attractive.

Marita Laukkanen, the chief researcher on environment and energy at the State Institute for Economic Research (VATT), deplored on Wednesday the lack of peat curbing measures in the 2020 budget published on Tuesday. She said that the budget includes climate change measures that may not have much impact, and no steps were taken to start curbing the use of peat.

Peat is being burnt mainly for district heating, in large energy plants. Laukkanen said on national radio, Yle that peat alone is responsible for a tenth of the Finnish emissions currently. "Replacing peat would not undermine the international competitive edge of Finland", she underlined.

Peat as a source of heating would mainly be replaced with electricity. "But electricity suffers from high taxation while peat is favored," she said. "Tax on electricity is ten times higher than the tax on using peat", Laukkanen added. She said that with the taxation preference, Finland is maintaining the competitive edge of burning peat for heating.

Laukkanen illustrated that the emissions from burning peat are as large as the total emissions caused by personal mobility. Laukkanen compared giving up of peat to making road traffic totally electric, which is considered a difficult task in a wide and sparsely populated country.

Markku Ollikainen, chairman of the Finnish climate panel, said it would be important to cancel financial support for burning of peat. "Hopefully peat will be dealt with next year," Ollikainen said on national radio.

In its budget for 2020, the Finnish government raised the taxation of transport fuels. Laukkanen noted that the increase may not have much impact as auto users do not react much to small increases.

The impact of tax increases would raise the price of fuels at the pump by roughly seven cents per liter. According to Statistics Finland, the average price for 95 octane petrol in Finland this year has been 1.57 euros per liter and 98 octane 1.66.

The budget includes 90 million euros for investments that replace the use of coal. Finland is to make coal illegal in 2029.

Laukkanen said that the public assistance for such changes may be futile, as seen from the public economy side. "These are investments that would be done anyhow." She also pointed out that these plans are already part of the EU emissions trade anyhow.

From the political opposition, Kai Mykkanen, the chairman of the parliamentary caucus of the conservative National Coalition said the decisions do not pave the way to reach carbon neutrality in 2035 that the government had set as its target. Mykkanen deplored the decision to postpone energy taxation changes until 2021.

Local commentators in Finland have noted that the use of peat is very much a regional issue in Finland. In the left-center coalition government, peat industry and peat reserve owners' interest is close to the center party, local media noted.