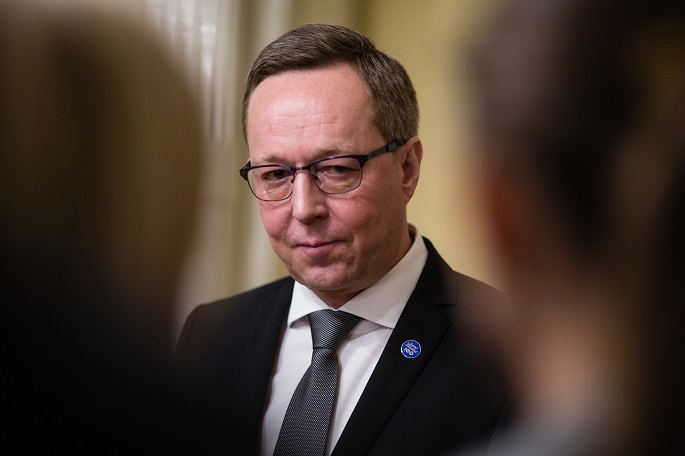 "Within the next ten years, half of the direct state employees will retire. Recruitment of the replacements will be a big challenge," Lintilä told Yle.

There are currently 74,000 state jobs in Finland. The number is considerably smaller than only a decade ago due to outsourcing and incorporation.

The minister said that while currently there is a shortage mainly of persons with special competences, scarcity will hit all sectors in the future.

Talking to Yle, Lintilä said even a fast increase in birthrate will not be a solution, but work-based immigration should be increased.

In the governmental program unveiled in May, the current left-center government acknowledged the need to acquire foreign labor for sectors in need. The threshold for rejected asylum seekers to get residence permits would also be eased if they find jobs.

But the government adhered to maintaining of a labor market based assessment system for recruitment outside the EU and EEA. In practice, expert level persons with positions awaiting them in Finland have had no problems in getting the permits so far.

Finnish trade unions have strongly opposed a freer immigration of non-skilled labor for fear that domestic salary levels could be impaired or that a low-wage worker category would emerge in Finland.

Easing non-EU/ETA immigration has been part of the employers' agenda for several years.

Public debate on foreign labor has been polarized in recent weeks following reports that Finnish employers have paid less than the mandated wages to foreign workers not familiar with Finnish working life.

Finland has no minimum salary system, but instead general application of union tariffs is enforced by law. Work permits require confirmation of that salaries matching the Finnish market are to be paid.