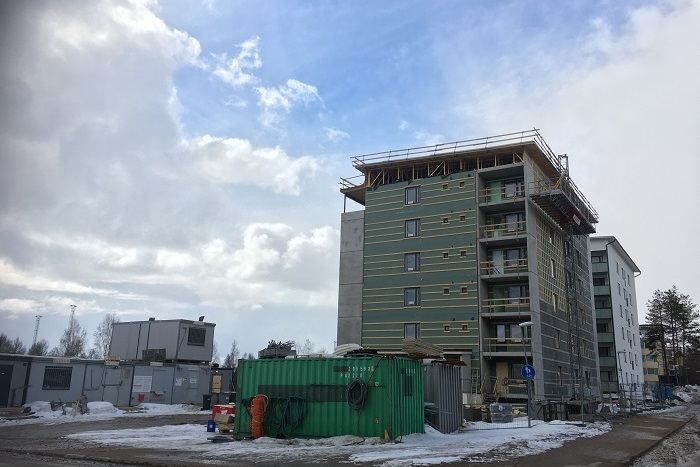 According to Statistics Finland, in January to March 2019, building permits were granted for a total of 7.7 million cubic metres, which is 11.8 per cent lower than in the corresponding period one year ago. Examined by building type, the cubic volume covered by permits granted for commercial and office buildings decreased most, by 46.0 per cent. The cubic volume granted for residential buildings went down by 24.2 per cent from one year back.

In the first quarter of 2019, cubic metres covered by permits for residential buildings amounted to 2.3 million, while one year earlier, the figure was 3.1 million cubic metres. The cubic volume for all building types decreased further year-on-year. The cubic volume covered by permits for residential blocks of flats decreased by 27.0 per cent, that for terraced houses by 28.5 per cent and that for detached houses by 15.6 per cent.

In the first quarter of 2019, building permits were granted in total for 7,580 dwellings, one year earlier the corresponding figure was 10,986 dwellings. The number of building permits granted for residential buildings fell by 31.0 per cent from the previous year.