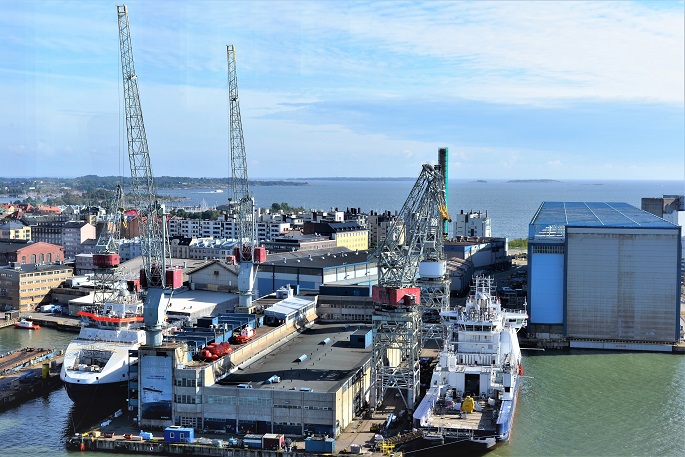 The ownership of the Helsinki Shipyard transferred formally on Monday from the Russian state-owned United Shipbuilding Company to Algador holdings, owned by Russian businessmen Rishat Bagautdinov and Vladimir Kasyanenko.

The new owners are confident about the fast recovery of the shipyard. The financial losses incurred during the tenure of the previous owner have no impact on the new operations, the owners said.

"Assets and people have been transferred to a new company structure. We start from the zero level, without liabilities," Bagautdinov told a press conference in Helsinki.

Financing for the new start has been obtained from banks in Germany and Luxembourg.

"You can hardly find a proper shipyard now able to offer cruise ship order slots before 2025 or 2026. This is the only shipyard with cruise ship experience not currently working on orders," he said.

The yard is aiming at the cruise ship market in the up-to 1,200 passengers category.

Olerskiy noted that increasing use of Arctic maritime lanes requires more icebreaker capacity. He also reminded that many diesel-powered icebreakers currently in service date to the 1970s actually were built in the Helsinki wharf, and now replacements are needed.

Talks are under way with Germany about a scientific research vessel for Arctic conditions, according to Olerskiy.